Senator Marco Rubio was pulled out of Mitt Romney’s motorcade en route to a campaign event today after his daughter was involved in a car accident.

.@MittRomney motorcade stopped so Senator Marco Rubio could depart to for Miami, where his daughter was in a car accident

Rubio left Romney motorcade to be with 12 yr old daughter, in car acc. We saw him get into police car. Headed back to Miami. #campaign2012

Romney motorcade stopped to let Rubio climb into waiting patrol car so he can head back to Miami to be with his daughter. 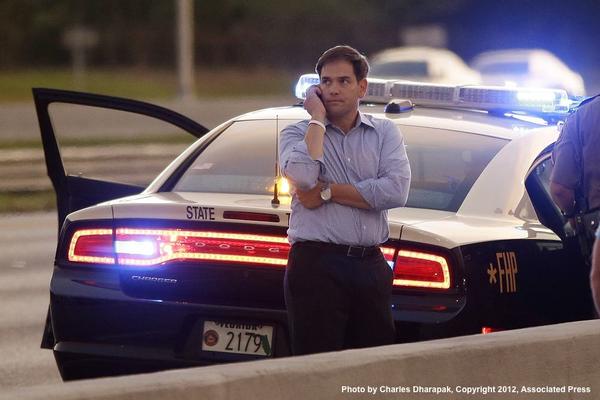 The Tampa Bay Times reports that 12-year-old Amanda Rubio was airlifted to Miami Children’s Hospital, where she is in stable condition.

Prayers and well-wishes came in quickly.

Praying MT @MarcACaputo: Marco Rubio's daughter was involved in a car accident. She is in stable condition. Rubio's en route

Rubio was scheduled to speak along with Senate candidate Connie Mack at a rally at Land O’ Lakes High School where a crowd of thousands had assembled. 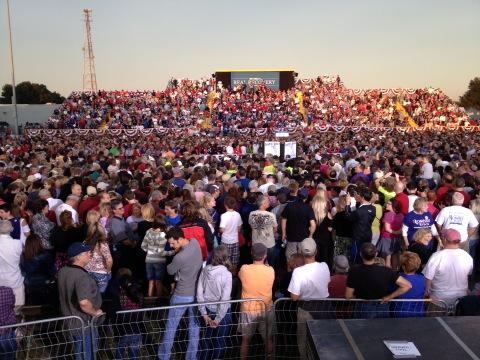 Twitchy sends its best wishes to the Rubio family.

Even though the tweets calling for prayers were overwhelming in number, a handful just couldn’t put aside politics, even for a 12-year-old.

Marco Rubio's daughter is not more important than someone else's. Move on. No one cares.

Rebecca Sosa, a Miami-Dade County commissioner and friend of the Romney family, says that Amanda suffered a concussion but “she’s fine” and her family is by her side.

While visiting with classmates, Amanda Rubio was a passenger on golf cart involved in a collision in a private gated community –@AlexConant

“She was airlifted to Miami Children’s Hospital with a head injury. She has been admitted to the Pediatric Intensive Care Unit. “

“She is in fair condition.”