Even without the dueling headlines on the front page of today’s Des Moines Register, the pictures are worth a thousand giggles.

Romney smiling and full of optimism and Obama trying out a new variation on his cranky little death stare. Perfect! And perhaps a bit of payback, eh Obama?

Des Moines Register front page sums it up – Morning in America vs. attack and blame pic.twitter.com/GnOwIGIv

The Obama campaign’s response from staffer Danny Kanner? “So? We had a block party in Sin City, and the Las Vegas Review-Journal totally covered it!” 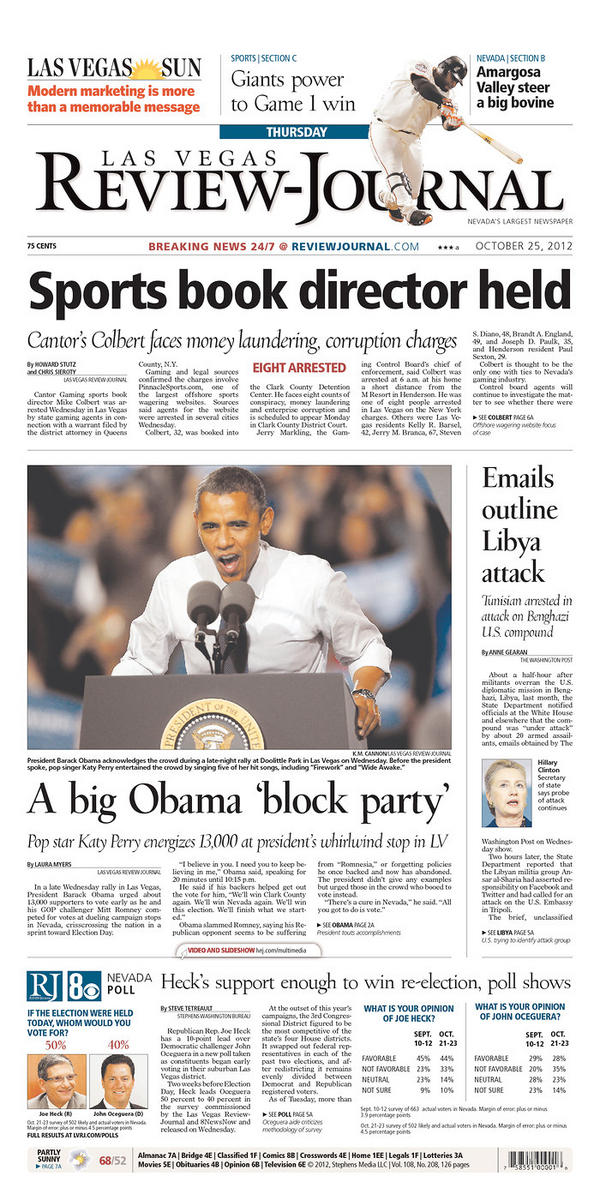