Absolutely disgusting. What brought out the vicious and hate-filled Left this time? Actress Stacey Dash exercising her right to vote.

Today's the last day to register to vote in CA- go to LAvote net or the registrars recorder office to vote. pic.twitter.com/419U3m6p 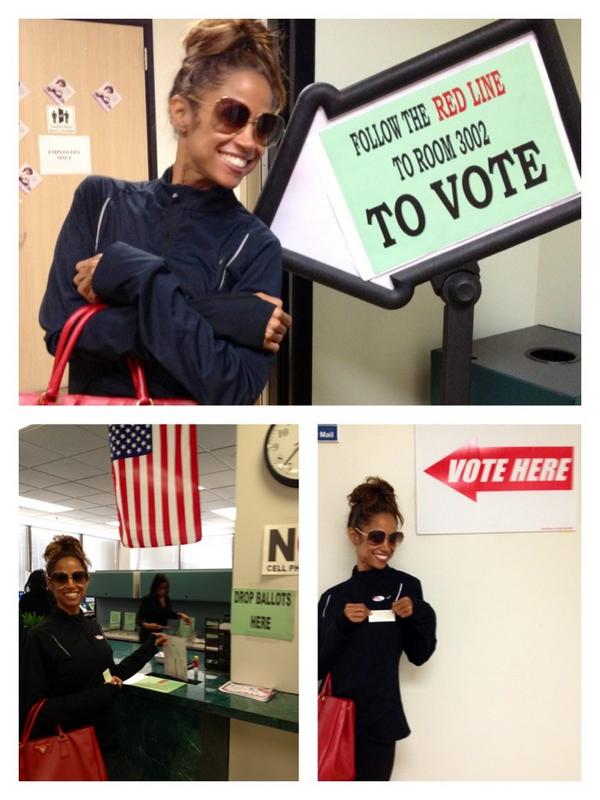 Who did Stacey Dash vote for? She proudly cast her vote for Mitt Romney and Paul Ryan.

Kudos, Ms. Dash, for proudly standing up for your beliefs and voting with your mind. Of course, the Left thinks that is not allowed.

What does she expect? Know your place, Stacey! Take a gander at what, in the vile and unhinged minds of the Left, Ms. Dash should “expect.” For voting her conscience.

Stacey dash is a cunt

Stacey Dash on Romney dick bc maybe he will pull strings to get her back on Single Ladies perhaps.

@REALStaceyDash I feel so sorry for your old ass

It gets worse. Violent wishes, filled with revolting racial slurs, for her to kill herself. Or be killed.

Somebody please kill Stacy dash. Dumb ass wtf is wrong with you?

Despicable. Stacey Dash exercises her right to vote and is viciously attacked. Over and over. Tell us again who are the intolerant ones? Who are the racists? Who are the ones filled with hate and viciousness?

The sane and the decent support Ms. Dash and her right to be an individual, not enslaved by an identity box that the Left created in order to gain and maintain its own power.

@REALStaceyDash @RichMitch508 God bless and protect u from blacks and whites that hate u for having ur own mind.