Gut-busting! Sandra Fluke held “rallies” in Nevada this weekend and the crowds numbered in the ONES.

Sandra Fluke speaks to ten (10) people at…wait for it..The "Sak 'N Save" in Reno. Now that's the kind of stuff you just can't make up.

You really can’t make it up; how can you parody self-parodies? Obama for America actually touted one of the Fluke “rallies.”

In Reno, Ashley and Jessica are out to meet @SandraFluke and early vote. #NVDecides pic.twitter.com/evqWMrtp 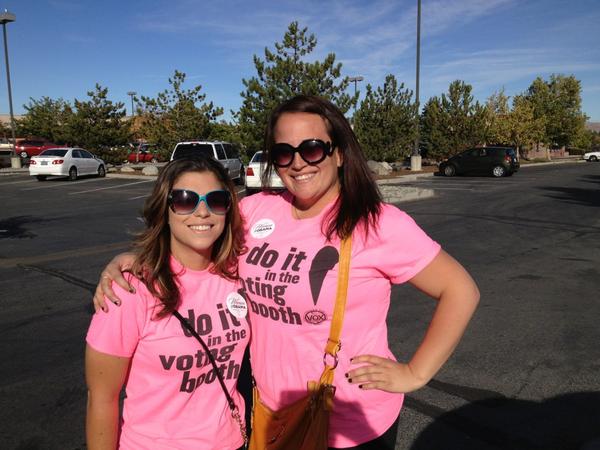 Ashley and Jessica evidently made up one-fifth of the total crowd!

Stop, our sides can’t take it!

Worse, Obama for America then tries to cover it up by calling it an “intimate gathering.”

The giggles, they hurt! Excuse us while we pick ourselves up from the floor, where we’ve fallen in a heap of giggle-snorts. Oooh, be careful! You may have to spread out into two entire parking spaces!

Sandra Fluke retweeted this one.

Fired up doesn’t mean what she thinks it means.

Democrats don’t seem to know the meaning of “inspiring,” either. 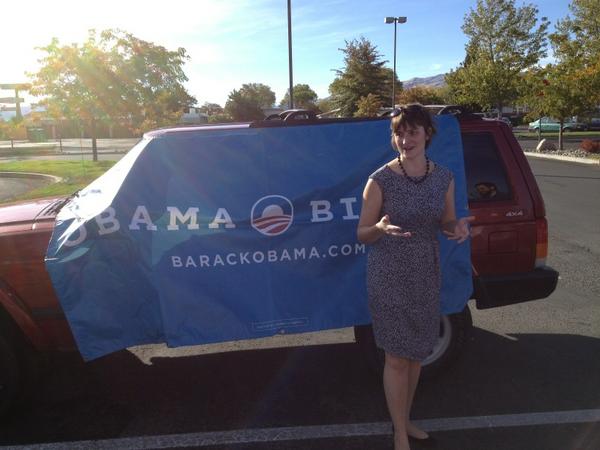 @RedGalBlueState @SandraFluke LOL! They need to calm down before someone hyperventilates!

Hi @sandrafluke congrats on pulling a dozen at your 'rally' in Reno! You're clearly a force to be reckoned with with that turnout! #Forward

@derekahunter @sandrafluke Ha! How many of them were merely curious Sack N' Save customers?

Oh, sweetie. Bless your heart. Too bad you didn’t have a binder full of women to attend, huh?