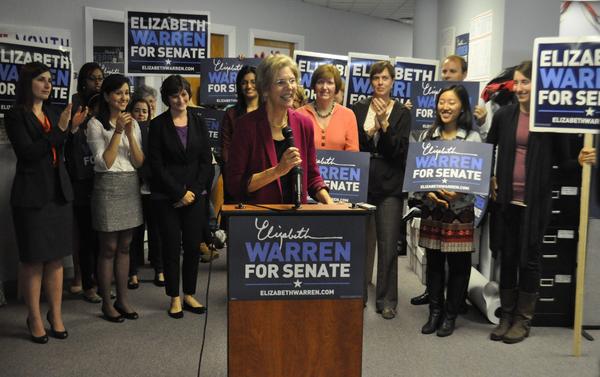 Oh, the Faux-mance! Newly minted besties, Democrat Senate candidate Elizabeth “Sitting Bull” Warren and liberal tool Sandra Fluke met up today. That thought would be bad enough, but they had to up the ick by squeeing about it on Twitter.

.@elizabethforma Couldn't b prouder 2 stand w/ Elizabeth Warren b/c she'll stand w/ #women all of the time not just some of the time! #masen

Kissy face! Hurl. Twitter users first pulled out their barf bags, then they brought the funny.

—> RT @PunditReview: Any woman proud to stand with the likes of Sandra Fluke is waging a war on women's intelligence. What a joke. #masen

Your faux-mance may be blooming, ladies, but Twitter users are just not that into you. But, thanks for the giggles! And thanks for something else, Sandra: