Oh, snap! Rudy Giuliani called out the hacktastic Soledad O’Brien today, during his appearance on CNN. During the appearance, he voiced what everyone with a functioning brain knows. It’s not called #Benghazigate for nothing. What did the White House know and when did they know it? Seems like “real reporters” would ask such questions, no? Hahaha! Just kidding! Of course they won’t. Instead, they are continuing to be lapdogs, frantically burying Obama’s bones, again.

“There’s plenty to criticize,” said Giuliani. “I mean, the cover-up of Benghazi is startling.”~@Soledad_OBrien

@verumserum Giuliani arguing this on CNN.They are dragging feet til after the election.Funny retort to Soledad"am I debating w the Campaign

Giuliani: The WH is trying to “run out the clock” on Benghazi investigation « Hot Air http://t.co/V215CWF8 via @hotairblog

Giuliani then called out Soledad “Special Snowflake” O’Brien as the atrociously biased hack that she is.

Soledad and her crew are pulling Bidens on Guiliani. Interrupting and laughing at Benghazi facts.

Rudy Giuliani Asks Soledad O’Brien ‘Am I Debating With the President's Campaign?’ | http://t.co/ounFSub2 http://t.co/SNlNgAa6 via @sharethis

“But, but he actually didn’t say that,” amazingly countered O’Brien. “The verbatim, the actual verbatim of what he said, he did not say that it was something other than that. But it was mentioned, but he did not specifically say this was due to a movie.”

Yes, an anchor for the supposedly most trusted name in news really did say this.

Beautiful. Soledad is clearly a “journalist for Obama” and her pom-poms never stop waving. Twitter users praise Giuliani for calling her out. And, of course, give Soledad the business.

Love Giuliani. On Benghazi, he says to Soledad O'Brien: 'Am I Debating President's Campaign?' http://t.co/EeTAYsOv

@memeorandum Way to go Giuliani – you better believe a cover up – that OBrien has really become a joke! 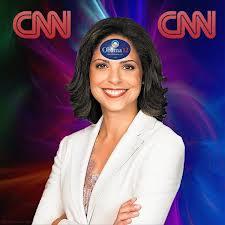 Yes, Mr. Mayor. You were. "Rudy Giuliani to CNN Anchor: Am I Debating The Obama Campaign?" http://t.co/oaI9k6vY via @KatiePavlich

@Soledad_OBrien Just saw segment where U grilled Giuliani about the Obama Admin It's time you re-watch yrself to see yr bias, Not Journalism

@Soledad_OBrien Congrats on your hearty defense of Obama with Giuliani. That "Impartial journalist" thing was such a burden anyway.

O'Brien is one of the worse perpetrators of Bias. Giuliani Calls Out CNN : ‘Am I Debating The President’s Campaign?’ http://t.co/eszHW2v4

That she is. But we all knew that; she uses the liberal blog Talking Points Memo for show notes.