This is beyond the pale. Lying liar who lies, Obama deputy campaign manager Stephanie Cutter, said that Benghazi is only an issue because of Romney and Ryan. The four Americans slain? Bumps in the road and all Romney’s fault.

According to Stephanie Cutter, Benghazi is only an issue because of Mitt Romney, not because it was a "terrorist attack"

The moral bankruptcy is staggering. Everything is a means to an end, even four dead Americans. The shake fist is strong with this one: Twitter users are outraged and rightly so.

Unbelievable. RT @BuzzFeedAndrew: Stephanie Cutter says Benghazi is only an issue "because of Mitt Romney and Paul Ryan."

This defines "campaign bubble" RT @BuzzFeedAndrew Stephanie Cutter says Benghazi is only an issue "because of Mitt Romney & Paul Ryan."

In the annals of ppl believing their own BS, @StefCutter saying Benghazi is only an issue bc of Romney & Ryan might take the cake

WTH is wrong with her!? RT @BuzzFeedAndrew: Stephanie Cutter says Benghazi is only an issue "because of Mitt Romney and Paul Ryan."

I hope @stefcutter is forewarned that once video of this goes up, it's the story of the day.

They really seem to think this is merely a "political" issue, to be fudged around by winning a newscycle. 4 good men are dead.

@AceofSpadesHQ Four good men are dead in attack on a consulate… on anniversary of 9/11.

Yes, she does. This is appalling.

For shame, Stephanie Cutter. What will President Obama say?

You do realize that the reason @stefcutter is employed by Obama is because of her mendacity and mindless fealty to Obama.

Just another bump in the road, too?

STEPHANIE CUTTER: In terms of the politicization of this — you know, we are here at a debate, and I hope we get to talk about the debate — but the entire reason this has become the political topic it is, is because of Mitt Romney and Paul Ryan. It’s a big part of their stump speech. And it’s reckless and irresponsible what they’re doing.

Shame on you, Ms. Cutter. You are beyond contemptible.

RT @jstrevino: Definitely watch the video. @StefCutter doesn't just owe an apology: she must resign from the campaign. http://t.co/Eh2DvMwI

The outrage continues at Ms. Cutter’s appallingly callous and disgusting remark. What kind of person thinks like that?

Oh, @stefcutter — you're so adorable when you reveal the tiny, shrunken place where your soul used to be.

Stephanie Cutter is a disgrace and a national embarrassment. Hope there's room under Obama's bus for her. She deserves it! #tcot

Per @StefCutter rules, Obama will fail to provide much needed leadership if he doesn't denounce what she said about Benghazi. And fire her.

I hear that when @StefCutter looks in the mirror, she has no reflection. #ghoul

.@BuzzFeedAndrew Romney has politicized Libya w/no plans of his own. POTUS' priorities are getting facts & bringing terrorists to justice.

Is @stefcutter going on @specialreport to apologize?

Pavlich for the win. 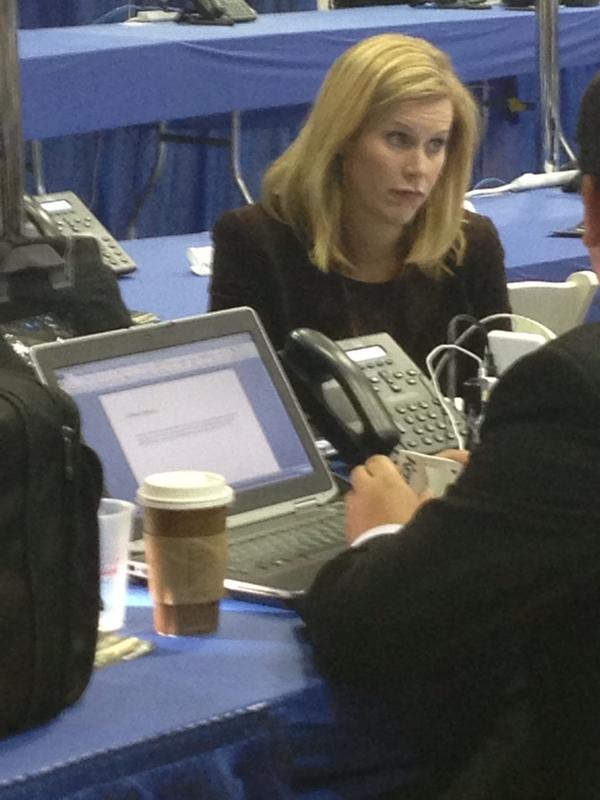 Stephanie Cutter is laughing it up with Washington Post reporters pic.twitter.com/1yNbgRlD

Of course. Typical lapdogs! And the reprehensible Cutter just yuks it up with them. Using dead Americans merely as fodder for spin? Hilarious! Shame on you, Stephanie.

But the incredible Katie Pavlich will have none of that.

HAHAHA RT @guypbenson Wow, @stefcutter literally running away from my colleague @KatiePavlich, who's asking about her remarks on CNN.

Oh boy. MT @guypbenson: As she fled, @stefcutter told @KatiePavlich she's not resigning and "stands by" her comments. Video coming…

"Run away, run away!" RT @KatiePavlich: Here it is VIDEO: Stephanie Cutter refuses to resign, runs away http://t.co/QXdurVg5

The woman is absolutely shameless.