After Brian Stelter warns about President Trump putting the country in peril, his network cuts away from…

On the plus side: Bloomberg Asia says the coronavirus outbreak has cut China’s carbon footprint

Twitchy reported yesterday on one Twitter death threat against Mitt Romney (not to mention several which arose after his speech at the Republican National Convention). Todd Kincannon, who chronicled that threat, is continuing to record similar threats and meeting with a new form of “SWAT-ing” — having false threats submitted to the Secret Service account under his name.

Kincannon forwarded this tweet to the Secret Service, which led to the false report above.

Romney was disrespecting my president???! *pulls out gat*

Unfortunately, keeping track of threats is turning into a full-time job, or at least a two-person job.

Hey #tcot —> @HeyImDiamond_ is upset because I took a pic of her threatening to kill @MittRomney cc @SecretService pic.twitter.com/SbtVqeLr 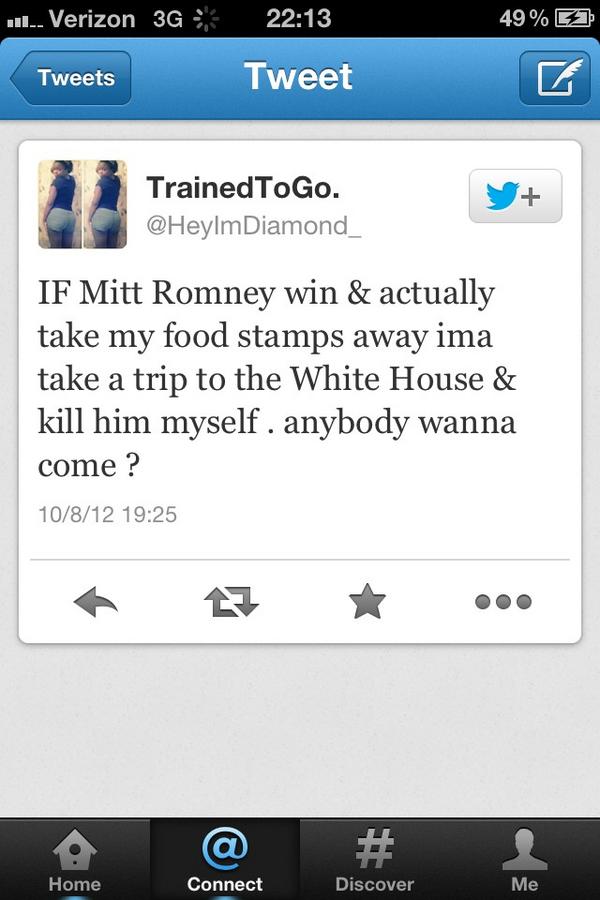 After Brian Stelter warns about President Trump putting the country in peril, his network cuts away from coronavirus presser