In a week when the American public was expected to thrill to an alleged 7.8 percent unemployment rate, another number was making headlines and causing headaches. Gas prices in California reached an all-time record Saturday: an average of $4.614 a gallon. 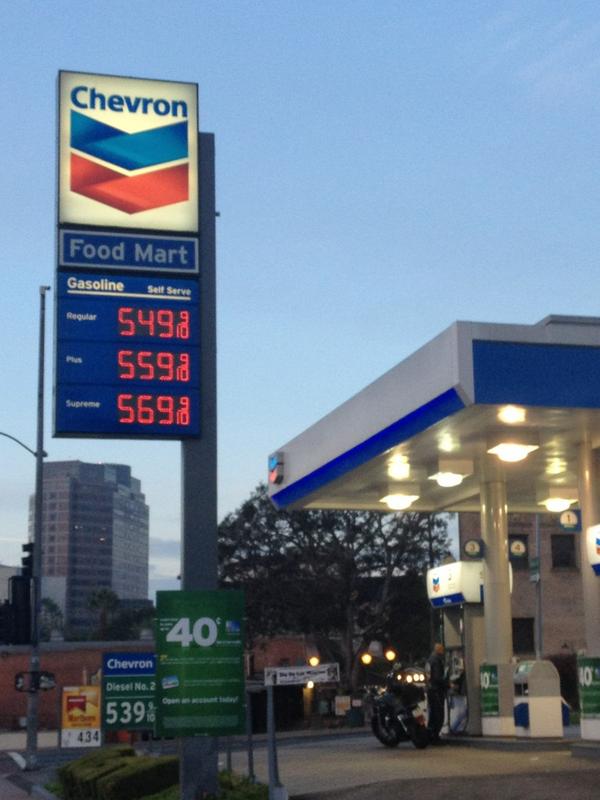 @AntonioNBCLA Why only in California?

@karenspider gas experts say its because the mandatory gas blend we need to use for pollution standards. The fuel we use is more earth frien

We’re not sure if this next image is Photoshopped, but the numbers hold up.

When gas prices rose to around $4 a gallon in mid-2008, then-Sen. Obama declared high gas prices “a huge problem, bordering on a crisis” to most Americans and blamed the failed energy policies of previous administrations. About that hope and change…

Friend just bought gas in California for $5.12 a gallon. That's the price of giant subsidies to inadequate "green technology."

Officially paid over $5 for a gallon of gas. I've lost all hope in our current government.

The Los Angeles Times asks if record-high gas prices mean it’s time to switch to a hybrid or electric car.

Others are considering a different switch.

Could the solution be Obama Gas to go with your Obama Phone?