We can always count on the Obama campaign’s Truth Team to cut through the nonsense and dig right in to the facts and figures. For example: 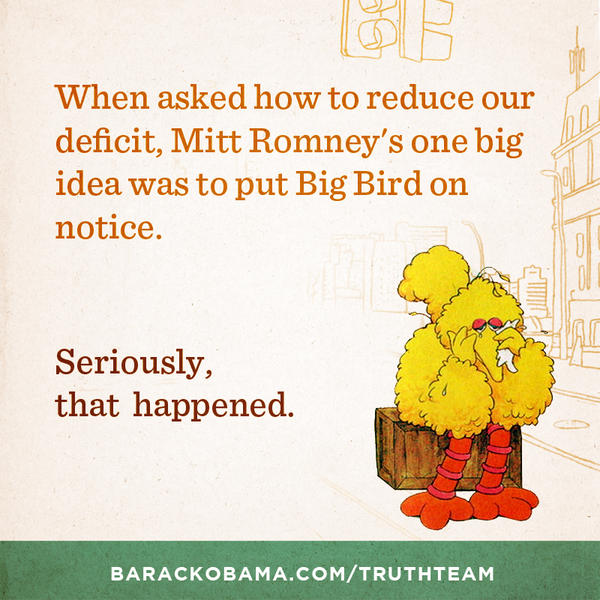 We’re not too broken up about Big Bird. Despite another massive freakout by the Left about cutting off PBS from the public trough, Big Bird and the rest of his Sesame Street pals are doing just fine, with or without public funding. As Sesame Workshop’s Sherrie Westin told CNN, Sesame Street makes millions through things like the licensing of its characters. And it’s totally nonpartisan, remember?

We are a nonpartisan, nonprofit organization. We do not comment on campaigns, but we’re happy we can all agree that everyone likes Big Bird!

So, if taxpayers are feathering Big Bird’s nonpartisan nest whether they want to or not, what’s he doing in a Barack Obama campaign ad?