New York City subway vandal Mona Eltahawy isn’t the only unhinged progressive who believes in a constitutional right to deface property. Conservatives are reporting that their Romney/Ryan bumper stickers and yard signs are being stolen and vandalized by people spitting in the face of free speech. 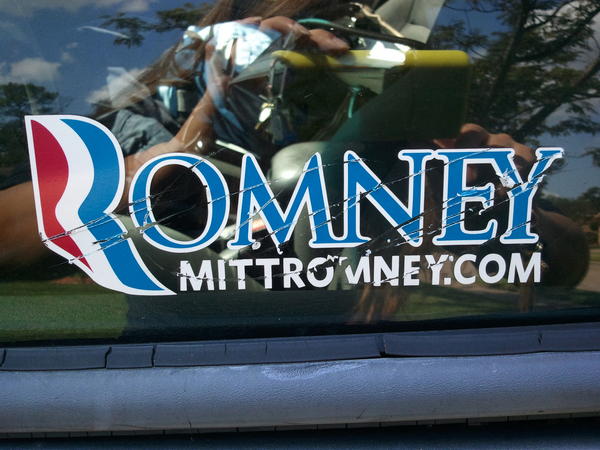 Not that something like that would ever happen, right libs?

No, RWNJ's we 'libs' are not going to key your car if you have a Romney bumper sticker. We don't care. You corner the meanies anyway. #p2

These thieves and vandals aren’t just skulking away into the night. Many are taking to Twitter to brag about swiping and defacing signs, including one guy who used a Romney sign like Occupiers use cop cars.

I ripped this dudes Mitt Romney sign outta his yard & ripped it in half.. #FuckYourRomneySignBitch!

found a Romney/Ryan bumper sticker in my purse from this weekend. guess i angrily ripped it off someone's car

Just walked over to my neighbors yard & ripped up their Mitt Romney sign when they left their house. #ThugLife #Obama

Keep it up, guys! The Romney campaign gets more cash when people have to replace their stolen and vandalized stickers and signs.

Other lefty Twitter users haven’t admitted to ripping up signs, defacing stickers and keying cars … yet. As of now, they’re just aspiring vandals. Because that’s persuasive.

anyone else wanna spraypaint "cracker" on every mitt romney yard sign they see? http://t.co/zeLCe0JZ

Saw someone with a Romney sticker on their car and seriously considered keying it.

I saw someone with a Romney sticker on their car today , I wanted to throw a rock at there window ..

Oh hell no, she got a Romney sticker in the back of her hooptie. She need to be RAN the fuck over. http://t.co/BcZ5eLDp

I'm ripping my neighbors Romney sign. Dipping it in my dog's shit, then ill give it back

Some Romney haters are hoping people with Romney signs and anti-Obama stickers will do their dirty work for them … by dying.

Every time I see a Romney bumper sticker I wanna run they ass off the road so they can die a painful death. Maybe that's harsh but…

Liberal tolerance on display once again.

JoJoFromJerz has some news ‘if you’re upset about a Chinese spy balloon 60,000 feet in the air’