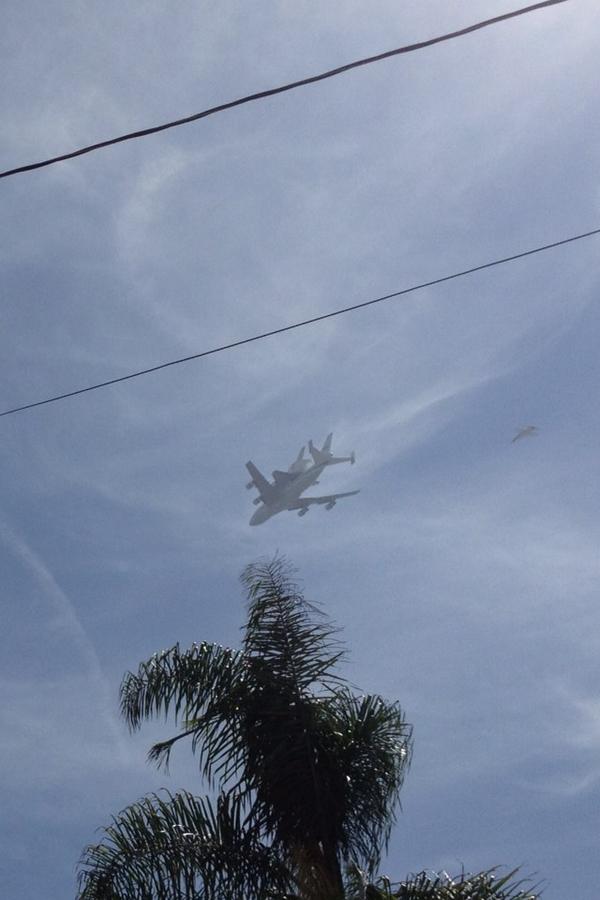 Waiting on Hollywood Blvd to see the space shuttle Endeavor! I am so excited for this! http://t.co/D2Kk3vEp

Packed house at the Griffith observatory to see the shuttle fly by. #spaceshuttle #endeavour http://t.co/CXqW52pk

Californians, including celebrities, are madly tweeting the exciting photos of the space shuttle flying overhead on its last tour. History, in live reports and photos:

Got it! There she is flying over LA with Hollywood sign in background #Endeavour #ProudAmerican pic.twitter.com/jIykdfWE 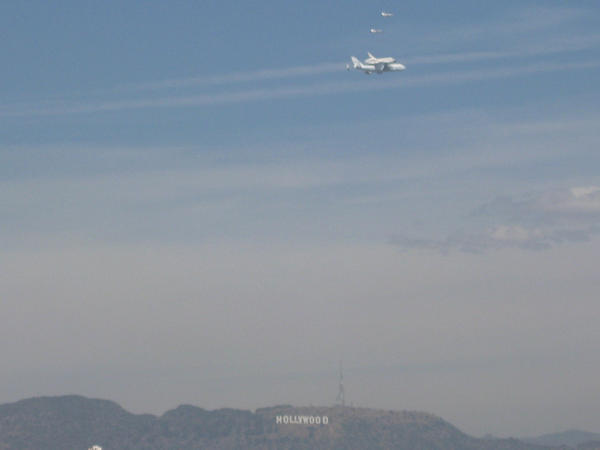 Im tired of watching this 747 fly around getting humped by the space shuttle all day. #zzzzz

At least he admits it!

Other celebrities and Californians, however, gazed in admiration and awe.

Tom Hanks is a science nerd and rightfully proud of it!

Just flew over my head!!! Don't see this everyday. Never will again. The Spaceman in me just went berserk. Hanx http://t.co/7XrrCCbC

That was f'in AWESOME!!!#Endeavour -flew right at us on pch in santa monica- ppl were stopped, cheering, clapping. Great historical minute!

Space Shuttle just flew past our house! So Cool! 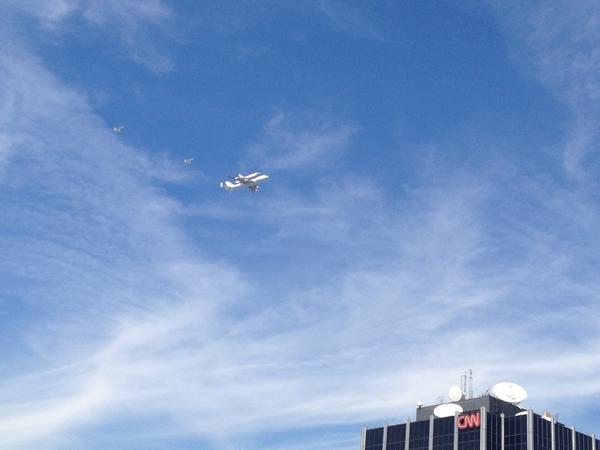 Um. No big deal. The flippin' space shuttle just flew over our soundstage! Who am I kidding!? VERY big deal!! … http://t.co/hJ590tlb

I just drove under the space shuttle. But I suppose we all do that.

How cool Thank you @NBCLA pic.twitter.com/kJiBrOdB

#ENDEAVOUR JUST FLEW OVER MY HOUSE IN PARAMOUNT! WOW! I can't believe it. History just flew right over my head b #Inspired!

It can't get any better than this! RT @Dodgers #Endeavour's final flight over Dodger Stadium. #spottheshuttle http://t.co/h51V1FrJ 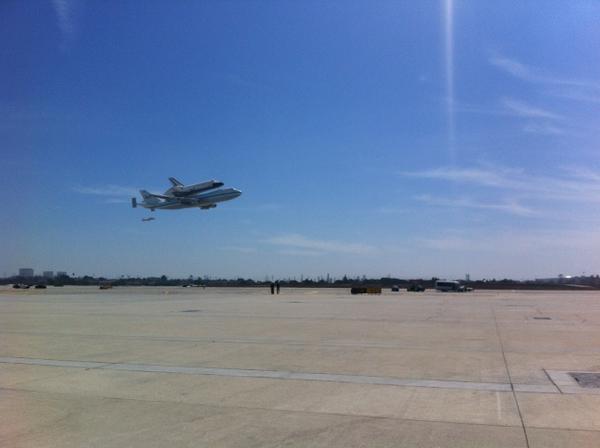 Wow an amazing view of the shuttle..end of an era