Oh, no. Will they never learn? Lying liar who lies (and Chinese propaganda fan), Obama deputy campaign manager Stephanie Cutter, kicked off the creepy cultism. All that is needed is to add #DearLeader to the #ForAll part.

except the unborn ones“@OFA_OH: Natalie Portman supports @BarackObama because she believes in women's rights #ForAll. http://t.co/MR0OsdOF”

RT @OFA_WA: Thanks to Obamacare, "being a woman is no longer a pre-existing condition."–Natalie Portman. #ForAll http://t.co/BlVb4Wcp

Bless. His. Heart. He totally hearts Obamacare. And a nice Chianti. With some fava beans. The picture moves beyond humiliating into terrifying territory. Those creepy, cold and dead eyes!

"Let's have people pledge allegiance to Obamacare- we'll kick it off with a creepy pic of Messina!" @woodhouseb http://t.co/Gt8SjkY6 #ForALL

I seriously am not going to be able to sleep tonight after seeing this. #creepy RT @Messina2012: ObamaCare #ForAll pic.twitter.com/ZUqwLN83

Hopefully showing them his neat hand-notes RT @meredithshiner: @Messina2012 is in the Capitol today to chat with Democrats.

Actor and Obama fanboy Jared Leto puts on his creep suit as well.

Conservatives then took over the creepy #ForAll hashtag with some truth.

Because redistributionist @BarackObama has added more to our crushing debt in 4 years than Bush did in 8. #ForAll

Obama is president #ForAll Hollywood stars, gov't workers, $800 per bottle champagne drinkers, but not the rest of us.

Except for those with waivers. And the federal govt. RT @Messina2012: ObamaCare #ForAll #Obama2012 pic.twitter.com/x6SC88c2 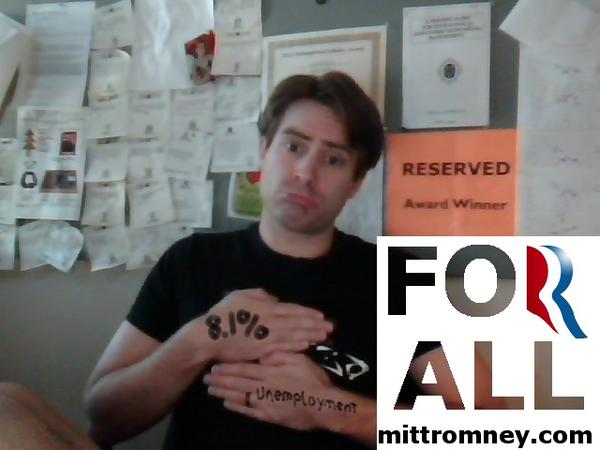