The four Americans murdered in Libya arrived home today. As Twitchy reported, President Obama’s Twitter account was hawking sweatshirts as the coffins arrived. And has been yukking it up in Vegas and squeeing over celebs, while turmoil continues and spreads.

Hangar 3 at Andrews with 4 open cars in front of four coffins. pic.twitter.com/5PduAVZn 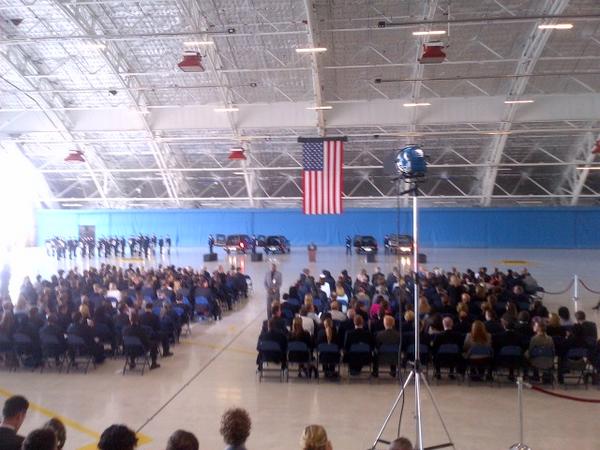 God bless our US military – all servicemen and servicewomen – at home and around the world protecting American liberty.

President Obama took a break from canoodling and showed up at the arrival. Unlike, you know, intelligence briefings. And he was his disgraceful self.

Why is there a political speech being given flanked by 4 coffins???

I'm shocked. Obama didn't ask for a 3 dollar donation at the end of his speech at Andrews while standing over the coffins.

Why yes, Hillary & Obama are flanked by the flag-draped coffins of 4 Americans murdered as a result of their incompetence. #fail

And Hillary? Beyond shameful.

Hillary Clinton blamed a YouTube video with 4 American Flag draped coffins not 10 feet away from her. This is astounding.

I'm sick at my stomach watching Obama & Hillary at the Navy Seals Funeral. Obama caused their deaths and Hillary brings-up video at funeral.

Disgraceful that Obama, Hillary Clinton and crew have allowed this to become a discussion about some stupid, amateurish film. Shameful.

@kirstenpowers10 Hillary continued to say the video was responsible…this said in front of the four caskets at Andrews. DISGUSTING!

Clinton @ Andrews: "We've seen rage and violence directed at American embassies as a result of an awful internet video" http://t.co/J798PJg6

That our SOS stood between flag-draped coffins and blamed free speech is one of the most offensive things I've ever witnessed.

Just when you think it couldn’t get any lower.

Disgraceful and shameful beyond belief. The shake fisty is strong with this one.

Rest in peace, brave Americans, who epitomize the principles and strength upon which this country was founded. 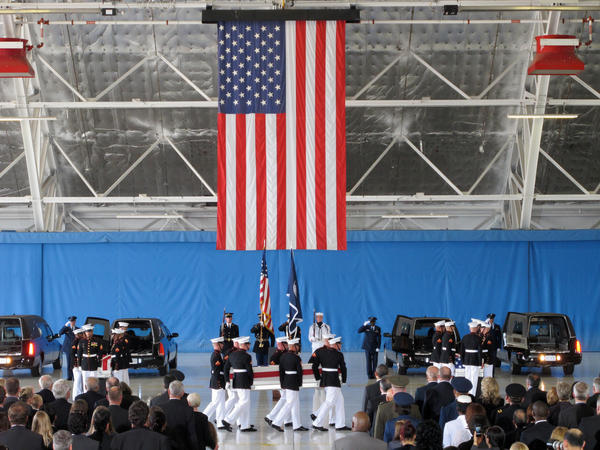 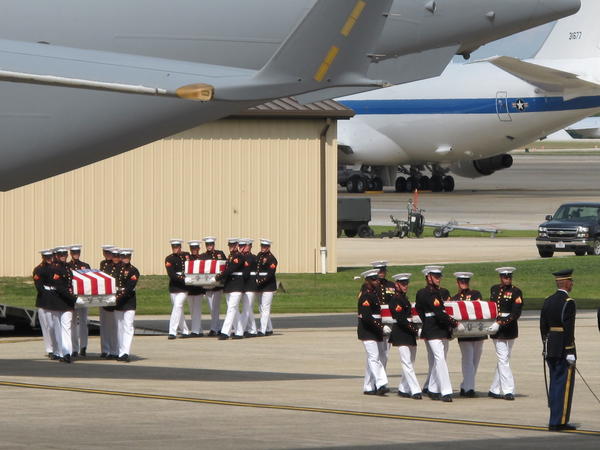