Islamist mobs in Sudan have joined the violent attacks on Western embassies.

@simsimt Police is diverting traffic from Around there and columns of smoke could be seen from baladia st photo pic.twitter.com/gIMHgOQE 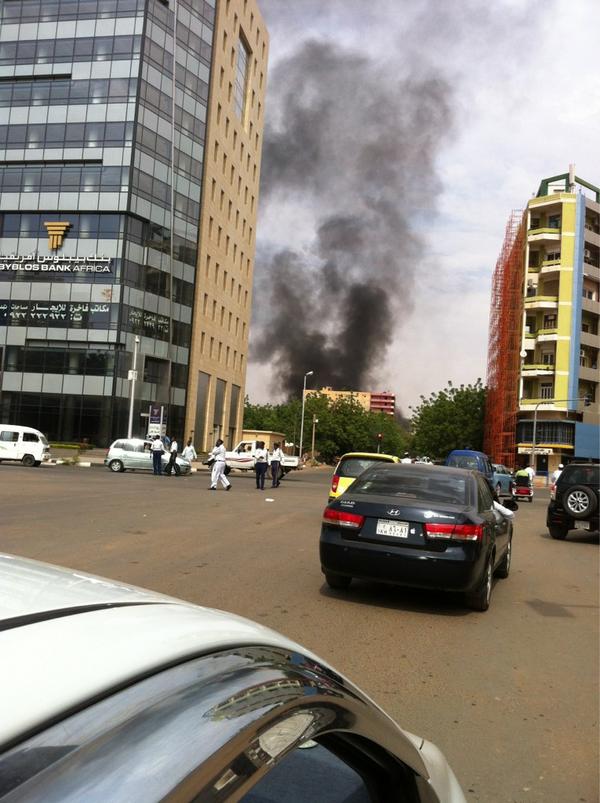 Reuters reports the thugs have attacked the British and German embassies in Khartoum, setting the German embassy ablaze and raising an Islamic flag. Are we to believe these attacks are also about a film?

Mobs are reportedly heading toward the U.S. embassy outside the city.

According to @AJEnglish. British & German embassies stormed in Khartoum, Sudanese capital. Many thousands said 2 b heading 2wards US embassy

The US embassy is a bit outside of the city in Khartoum, I assume that is why the protesters have hit UK and German embassies first

An unverified account for the U.S. embassy in Khartoum reports that staffers were evacuated.

There may be “tens of thousands” of people attempting to breach and destroy the embassies.

Meanwhile, violence rages on in Cairo.

Protesters just tried to go around to other side of embassy. Security charges them throwing stones now tear gas #Egypt #USembassyCairo

And one person is dead in Lebanon.

But it’s a filmmaker who should be charged with murder.

And here's a photo: KFC on fire in #Lebanon's #Tripoli #TripoliLB pic.twitter.com/OopUXwar 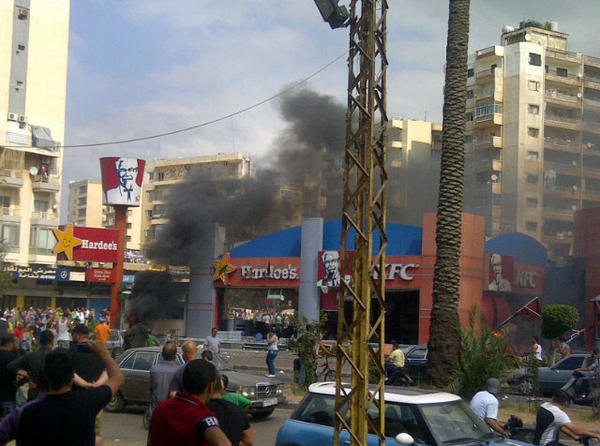 KFC? This is about a movie and they set KFC on fire?

The mob has reached the U.S. Embassy outside of Khartoum.

Okay the Sudanese protestors have reached the #USAEmbassy in #Khartoum. Keep an eye on that. @akhbar #Sudan

More  images of the Sudanese violence: 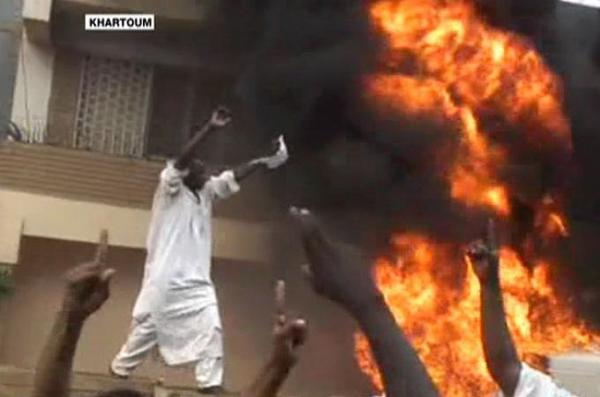 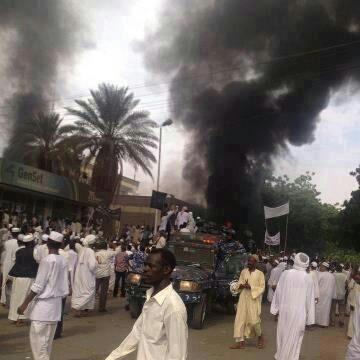 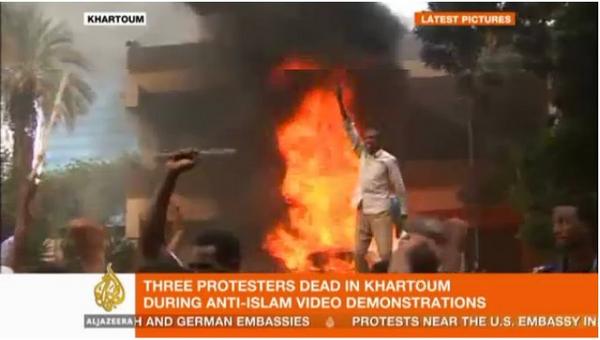 The trees outside the American embassy are now on fire as well as the violence continues to spread:

Protesters jump over wall into US Embassy in Sudan, Reuters witness says – @Reuters

US embassy compounds in Sudan, Tunisia compromised within minutes of each other – @Reuters eyewitness reports

And there is a large fire inside the U.S. embassy compound in Tunis.

Report: At least 5 protesters wounded by police gunfire near US Embassy in Tunis; large fire inside embassy compound – @Reuters reporter

Black Smoke Seen Rising Above US Embassy in Tunis – AP

Twitchy will monitor the situation and update with developments.

RT @_Syriana_ US embassy in Tunisia is burning… http://t.co/2HdqH9kU

@CNN reports Protesters have taken down a U.S. flag from a pole at the U.S. Embassy in Tunis, Tunisia, and replaced it with a black flag…

Photo: The scene outside the U.S. Embassy in Tunis pic.twitter.com/BU6OrdnK (@_DavidThomson) 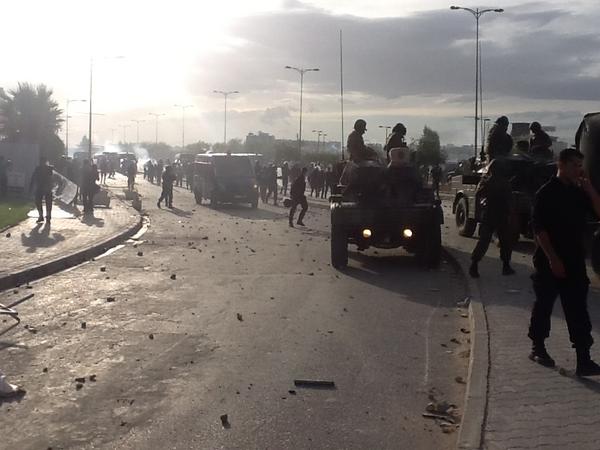 And a mob outside the embassy in London now.

The american flag is burnt by protesters in front of embassy in London #protest pic.twitter.com/IfTIj735 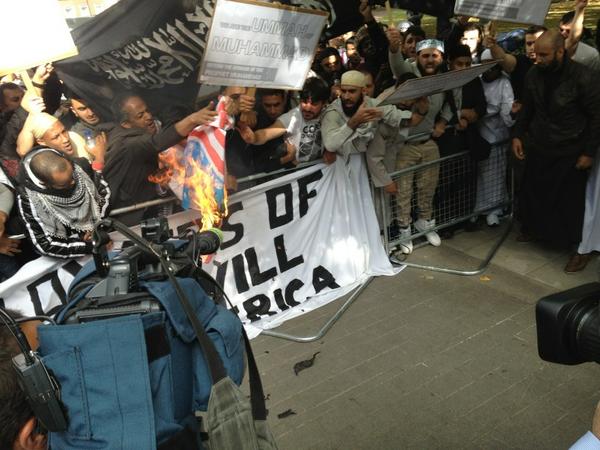 Going thru footage our cameraman just shot at US Embassy in London where protestors burned #US & #Israel flag PIC pic.twitter.com/xspHzujK 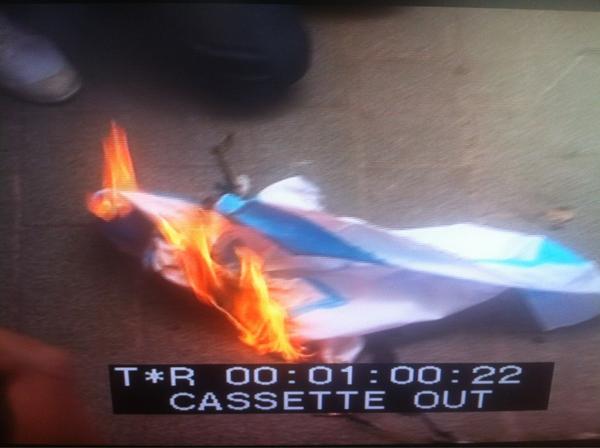