@JoeMande you're obviously smarter than I am, but what is so terrible about those companies saying something about today's significance?

Apparently, there’s nothing funnier than corporate Twitter accounts sending out 9/11 tributes and remembrances. Alleged comedian Joe Mande seems to believe that corporations, composed of humans, are incapable of humanity. He spent the morning retweeting 9/11 memorial messages from well-known companies:

We want to pause today to remember the families impacted on this day just 11 years ago. Our hearts are with the heroes of 9/11.

Today we are reflecting upon September 11, a day that will live on in our hearts and memories.

Take a moment today to be thankful for #America. I’m saluting the USA on the 11th anniversary of 9/11. #Remember911

September 11th is a day we will never forget. Our prayers go out to those we lost that day and their families.

The tragedy of 9/11 brought out the best in those who first responded. We remember them today proudly and with gratitude. #Remember911

Today we take a moment to reflect and thank all those who gave their services on 9/11. #neverforget

We will never forget.

Today we honor the victims and heroes of 9/11. We will never forget.

Today, our thoughts are with all those who make sacrifices every day to protect and serve us.

We remember and honor our fallen heroes this 9/11. #neverforget

Today, on Sept. 11, we remember those who were lost and honor the heroes who responded then and serve today to keep our country safe.

On this Patriot Day, we'd like to pause in remembrance of all the victims and heroes of 9/11. #neverforget pic.twitter.com/H5b27ibh

It's been over a decade since, but may we always remember. Our hearts go out to all the survivors, victims, and heroes of 9/11.

We will never forget those who lost their lives, the heroes who saved lives, and those who fight to preserve our freedom.

Today we remember not the tragedy but the heroes who gave their lives and the families that must endure. #Remember911 pic.twitter.com/m2wzjzt7

Today, we remember those we lost, those who survived and those who serve this great nation each and every day. Never Forget. 09.11.2001

May we never forget. #Remember911

On this National Day of Service and Remembrance, we’d like to take a moment to remember those who have lost their lives for our country.

We will never forget. #Remember911 pic.twitter.com/CPpxe6KG 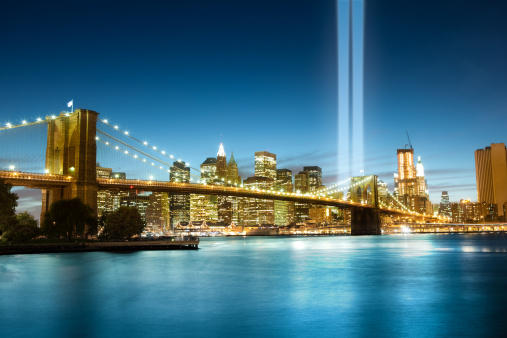 A moving 9/11 memorial photo? How hilarious!

His fans thought it was a witty, biting commentary on the evil and selfishness of corporate America:

If you want to know how American capitalism responds to the 9/11 anniversary, go to @joemande's page right now. #WOW

Gross. RT @harikondabolu If you want to know how American capitalism responds to the 9/11 anniversary go to @joemande's page right now. #WOW

Follow @JoeMande for a rundown of depressing corporate tweets expressing sorrow for 9/11. THANKS FOR YOUR THOUGHTS &PRAYERS, SHONEY'S

.@joemande's twitter feed today should be taught in PR classes on what NOT to do with corporate social media. But, it is hilarious.

@joemande is doing big things on his Twitter feed today… Anyone not acknowledging his work has officially forgotten 9/11.

No, actually. He doesn’t get it. But this woman does:

Interesting as it is, my heart goes out to the people behind the non-people corporations being skewered by @JoeMande's 9/11 RT-fest. 🙁

Indeed. Mande’s mockery of heartfelt tributes to the heroes and fallen of 9/11 is nothing short of shameful. On a day of national mourning, it’s Mande and his pathetic fans — not corporate America — who are trivializing the tremendous loss we felt 11 years ago. We hope they’re proud of themselves.