Gird your loins and make way for the luminaries! Tonight, a trio of wannabe political pundits will be hosting a live chat at the Democratic National Convention. Whoop whoop, indeed! We’re already anticipating the deep thoughts and sharp analysis that are sure to permeate the entire discussion.

This won’t be Ms. Banks first foray into political discourse. Over the past couple of years, and particularly during the past several months, she’s blessed us with a heavy flow of good ideas:

Olivia Wilde is already well known for her thoughtful commentary on this year’s convention, but she’s practically a seasoned veteran of the political scene:

How she didn’t win an Oscar for that performance, we’ll never know.

And Kal Penn, former Associate Director in the White House Office of Public Engagement, is also an experienced fist-bumper:

“@MichelleObama: Hugs are a necessary part of convention prep with @KalPenn: pic.twitter.com/ixRmCtLM” 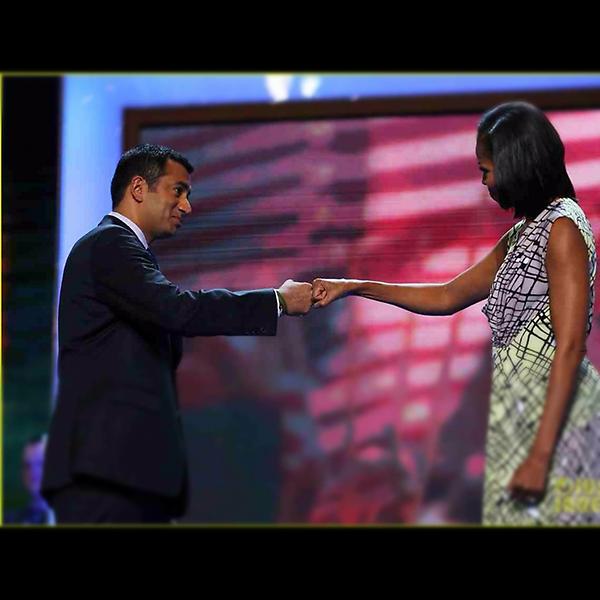 Geniuses, all. As huge a void as their departure from acting would leave, we can only hope they decide to become permanent political fixtures.