Joe Biden mourns victims of Buffalo massacre with — what else? — ‘a nasty, hateful, incendiary…

Even a ridiculously swollen ankle won’t keep the Newark mayor from his Obama surrogate duties. 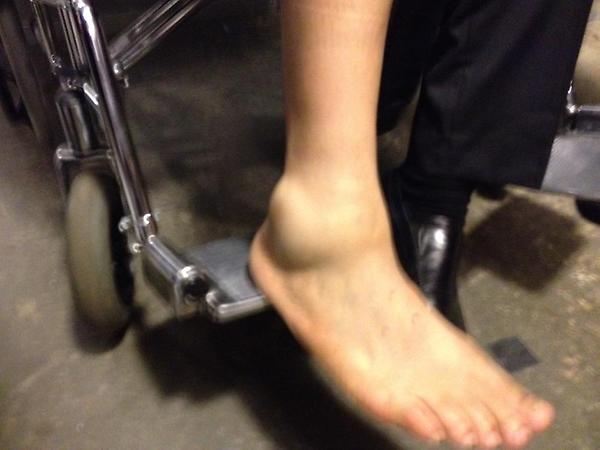 According to Politico, Booker twisted his ankle getting out of a car this morning. He went on to speak at a Florida delegation breakfast, where he told the audience, ““You can take out my ankle, you can take out my knee, I’m still going to stand up for Barack Obama.”

Booker has built up a reputation as quite possibly the country’s most heroic mayor, a reputation that, by all accounts, he deserves. So it should come as no surprise that he was able to power through the pain this morning and will do so again tonight when he addresses the Democratic National Convention.

The pressure is on more than Booker’s ankle, though. There’s little doubt that he feels he needs to go out of his way to “stand with Obama” given his negative remarks about the president this year. In May, he dared to call Team Obama’s attacks on Mitt Romney and Bain “crap,” and he paid dearly. After that kind of treatment, is it any wonder that Booker is now, literally and figuratively, treading carefully? 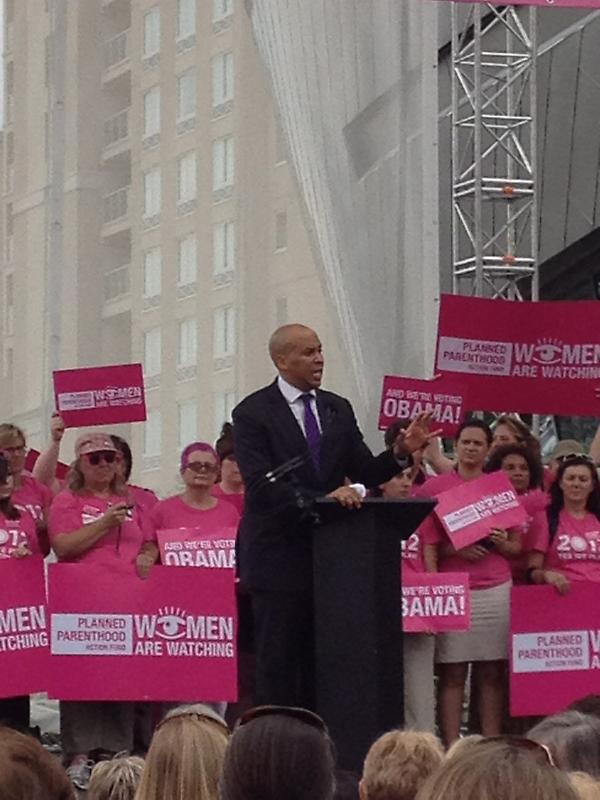 During his speech, he revealed that he has fallen back into lockstep with Team Obama and promises to be a good little soldier from now on:

Cory Booker: Rs saying they love women ="I'm not a bigot bc I have a black friend…I love Latinos bc I go to Taco Bell every wk."

We thought Booker was above race- and gender-baiting, but it looks like we were wrong. We’re disappointed in the mayor, and we’re not alone:

@mkhammer I actually kind of respected @CoryBooker, but he's let the Democrats bully him into being lockstep with radical left. Sad.

I'm pretty disappointed that Corey Booker is going in for the Republicans-are-bigots nonsense.

Much sadness for his caving. RT @melissatweets: Uh oh @CoryBooker is going all in to save his relationship with Obama. This won't end well.

I honestly thought @CoryBooker was different. But just another Dem who says Repubs dislike blacks, women and Latinos. #ScareTactics

If @CoryBooker believes the #waronwomen nonsense his party is putting out, he isn't half the man I thought he was. #DNC

@mkhammer really? Did he say this at Margaret Sanger's PP speech? @CoryBooker makes me sadder by the hour. Thought he was diff dem.

I shake my head at @corybooker. His own party said he was dead to them and he got on his knees and kissed their asses & for what?

If @CoryBooker is confused about where the shark is, he can look down, he's currently jumping over it at the #DNC2012.

Is getting Obama re-elected worth throwing away your self-respect and integrity? Cory Booker says yes.

Deadspin ‘senior writer’ claiming it’s ‘white supremacy’ for white people to watch Black athletes after Buffalo shooting does NOT go well, like at all

Joe Biden mourns victims of Buffalo massacre with — what else? — ‘a nasty, hateful, incendiary rant’ [videos]